Tony Bennett might have left his heart in San Francisco, but I left my heart in New York. I spent the first 17 years of my life in NY, and while I haven’t lived there since 1979, I still have a great interest in what goes on there. I still root for the Yankees, the Knicks, the Rangers, the Giants, and any new band trying to make it in the “Big Apple”. As Frank Sinatra once said, “If you can make it there, you can make it anywhere”. Okay, well maybe he said, “If I can make it there”, but you get the point. 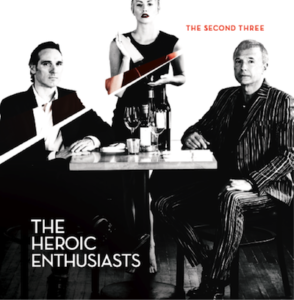 Which brings me to the band “The Heroic Enthusiasts” and their sophomore EP “The Second Three”.

You’re probably thinking that this Indie New York band chose its name in honor of all the brave men and women that gave up their lives during the attacks on the World Trade Center. Well, if that’s the case, you’d be wrong. According to the band’s press release, “Back in the 16th century, astronomer/philosopher Giordano Bruno gazed up at the stars, enraptured by the poetry he saw in the elliptical patterns playing out in the sky. For Bruno, math, science, art and romance were all one and the same- a perspective that resonated so much with James Tabbi and Tom Ferrara that they chose to name their band after Bruno’s epic work Gli Eroici Furori- literally “The Heroic Frenzies“ but commonly known as “The Heroic Enthusiasts.” 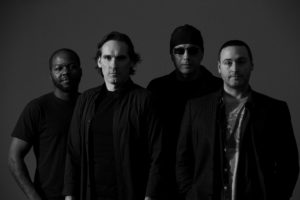 It should only take me a couple of days to write a review on a three song EP. So,  why has it taken me over a month to write a review on “The Second Three”? Well, New Yorkers are known for being very direct, and letting people know exactly how they feel. After my first listen, I didn’t really know how to react to what I heard. The songs reminded me of something I would have heard from Orchestral Maneuvers in the Dark  “OMD” during the 1980s. I loved “OMD” 30 years ago, but wasn’t sure that I was in the mood to listen to that genre of music that night.

To be fair to “The Heroic Enthusiasts”, I decided to put my review on hold, and come back to it another day. Well, that day has finally come. To get in the mood for my second take, I poured myself a glass of wine, turned off the lights, turned on my Kaleidescape, and watched the movie “Pretty in Pink”. After hearing “If you Leave” and seeing Jon Cryer get who he really deserved,

I was finally ready to listen to “The Second Three” one more time. I’m glad I waited. 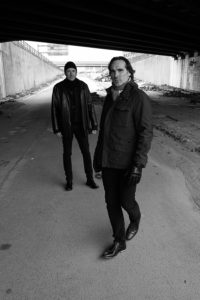 Track 1, “Summer Serenade”, depicts the intense, albeit brief, emotions developed between summer lovers. Tabbi’s vocals are dark, and expressive, exposing both the pleasure of the physical relationship, and the pain of knowing that it won’t last. The song is kept on pace by the excellent drumming of Michael James, and Dexter Redic’s impressive bass lines.

Track 2, “Shine” portrays the strength and unwavering love possessed by a person who continually provides comfort to his/her lover consumed by their own internal demons. The drumming is once again spot on. I also loved the haunting chorus “and on”.

Track 3, “If a Heart” is my favorite song of the three. It describes the pain associated with moving on after a tough break up. The lyrics “If my heart could vomit I sure would erase this memory I never could” are very powerful. With less reverberation, Tabbi’s vocals are at their best. The guitar playing is also more up front, and distinct. I can’t get the chorus “Waking up with you in my head, Waking up without you in my bed” out of my head, and have been humming it for the last couple of hours. 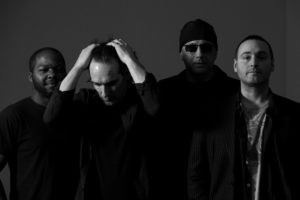 If you are a fan of “OMD”, “Depeche Mode” or “The Cure”, give “The Heroic Enthusiasts” EP “The Second Three” a try. It might convince you that the sound you loved 30 years ago is still relevant today.

Until next time, Happy Listening-